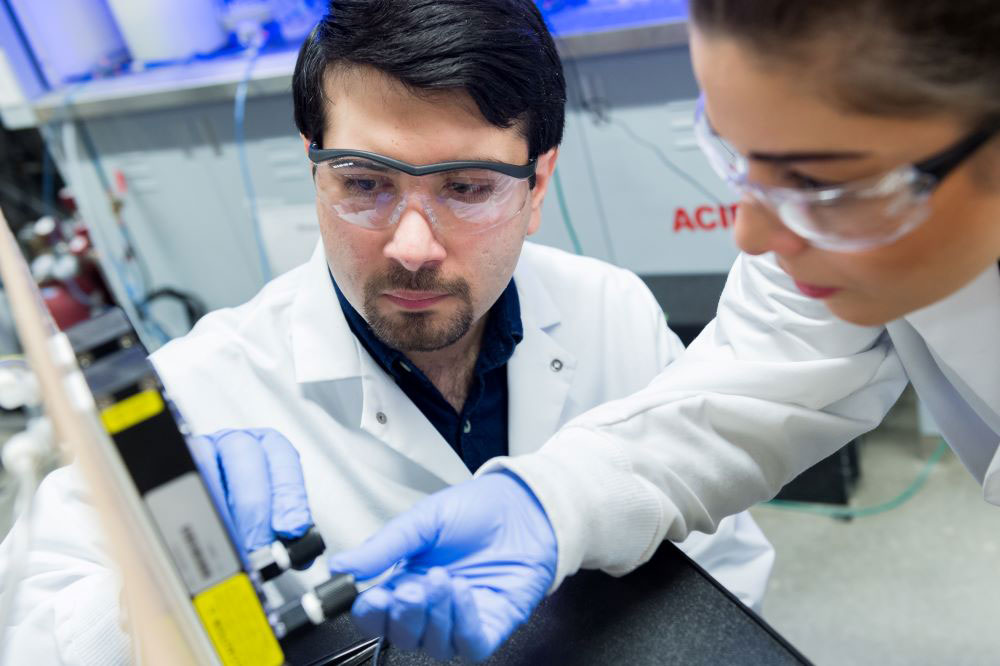 It’s not often that one invention can solve a host of current political, environmental and health challenges – and it’s even more unlikely that odours could be key to unlocking the solution!

Imagine if you were a diabetic and you could take a simple breath test to measure keytones instead of doing a finger prick blood test multiple times a day to monitor your blood glucose levels. The process would be much less painful and as a result something you are going to do much more often. That would mean radically better health and longevity. No test strips and a healthier you would mean far less cost to the healthcare system – and make you a more productive member of society. A win-win for all!

Oil spills are another major health, economic and environmental concern. Imagine using a drone with technology to continuously monitor pipelines and detect potential problems before they happen so problems can be averted. Imagine a Roomba vacuum-type device zooming around your house checking mould levels! Or – very timely – testing yourself for cannabis – or alcohol to determine when it’s safe for you to drive.

How about the risk of spills from each city’s vast network of sewer pipes? The sewer environment provides ideal conditions for nuisance gases, including hydrogen sulfide, ammonia, carbon dioxide, methane, and nitrous oxide. These gases are responsible for corrosion, offensive odours, and greenhouse gas emissions. Imagine if you could detect harmful levels building up and neutralize them right in the pipeline by adding chemicals as needed.

UBC Okanagan engineering professor Dr. Mina Hoorfar and her now graduated PhD student Dr. Mohammad Paknahad developed a handheld device, known as a microfluidic-based gas analyzer that can detect the presence of tetrahydrocannabinol (THC) in a person’s breath. THC is the psychoactive ingredient in cannabis.

Current roadside testing involving blood analysis or spit tests is not an easy process, and results are not immediate. With Hoorfar’s device a law enforcement officer can determine within seconds whether a person is impaired.  You could easily administer this test yourself before driving. Dr. Hoorfar and Dr. Paknahad realized the device could also be effective at detecting other gases.

Then they decided to add artificial intelligence/machine learning to the mix.  That means not only can the relevant gases be detected – but even more critical –  you can determine their relative concentration. And that tells you whether you have a problem – and how serious it is.

This innovation has attracted the attention of industry. Professor Hoofer now has agreements to commercialize the technology with Cannabix Technologies for law enforcement, Hetek Solutions Inc. to target oil and natural gas leaks and Metro Vancouver to detect hydrogen sulfide that causes corrosion in sewer pipelines.  She also has a partnership with Fortis BC relating to safe and optimum levels for mixing hydrogen with natural gas.

The gas analyzer device is the size of two fingers and weighs less than 10 grams.  It consists of micron-sized polymer channels – thinner than a strand of hair – that are fit with highly sensitive semiconductor gas sensors.  They react with gas as it flows through – then record and send an analysis. It can be made with a 3D printer for only $15 – less if mass produced – and is Bluetooth-enabled so data can be collected and analyzed with a cellphone.

Dr. Hoorfar is a Professor and Director of the School of Engineering at the University of British Columbia Okanagan and head of the Advanced Thermo-Fluidic Laboratory (AFTL). In 2016 she was named UBC Okanagan’s Researcher of the Year.

The AFTL lab is an interdisciplinary research facility where professors, post-grad students, and researchers work with biochips and digital microfluidics.  The lab has been involved in applications ranging from renewable energy to sensors and biosensors for human health and environmental monitoring.